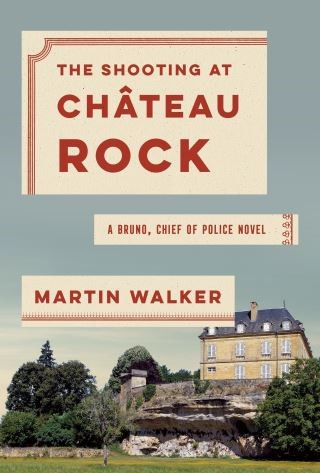 The Shooting at Chateau Rock

A Bruno, Chief of Police Novel

When a local's troubling death is linked to a Russian oligarch and his multinational conglomerate, Bruno faces one of his toughest cases yet, one that brings together a French notary and a rock star--and, of course, Bergerac red and white.

It's summer in the Dordogne. The heirs of a Périgordian sheep farmer learn that they have been disinherited, and their father's estate sold to an insurance company in return for a policy that will place him in a five-star retirement home for the rest of his life. But the farmer never gets his life of luxury--he dies before moving in. Was it a natural death? Was there foul play? Bruno begins the investigation that leads him to several shadowy insurance companies owned by a Russian oligarch with a Cypriot passport. The companies are based in Cyprus, Malta, and Luxembourg, but Bruno finds a weak spot in France: the Russian's France-based notaire and insurance agent. As Bruno is pursuing this lead, the oligarch's daughter turns up in the Périgord, and complications ensue, eventually bringing the action to the château of an aging rock star. But, as ever, Bruno makes time for lunch amid it all.

Martin Walker: MARTIN WALKER is a senior fellow of the Global Business Policy Council, a private think tank based in Washington, D.C. His previous novels in the Bruno series are Black Diamond; The Body in the Castle Well; Bruno, Chief of Police; The Children Return; The Crowded Grave; Dark Vineyard; The Devil's Cave; Fatal Pursuit; The Patriarch; The Resistance Man; A Taste for Vengeance; and The Templars' Last Secret, all international best sellers. He lives in Washington, D.C., and the Dordogne.