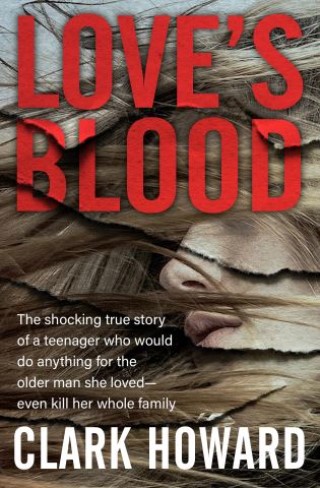 “[This] deeply engaging tale of a teenager who may—or may not—have helped kill her parents [is] a model of evenhanded true-crime writing.” —Kirkus Reviews

Sixteen-year-old Patricia Columbo began working for pharmacist Frank DeLuca, a married father of five, in the 1970s, and the two soon entered into a sexual relationship. Against her father’s wishes, Patricia and Frank moved in together. Then, in Elk Grove Village, Illinois, Patricia’s father was brutally murdered, along with her mother and thirteen-year-old brother.

Police were suspicious of Patricia’s strange behavior after the bodies were discovered, and following their investigation, they arrested both Patricia and Frank. The details revealed during their trial would horrify the residents of Chicago’s middle-class suburbs. This book—informed by extensive interviews with Patricia Columbo in prison—tells the haunting story.

“An unsettling trip into a world of kinky sex, devotion and love gone wrong . . . stays with you long after the final page.” —Ridley Pearson, New York Times–bestselling author

Clark Howard:
Clark Howard (1932-2016) Born in Ripley, Tennessee, Howard was one of the most honored mystery writers in America and was a longtime favorite of readers of Ellery Queen Mystery Magazine, Alfred Hitchcock Mystery Magazine, and numerous other publications. A professional writer for over 40 years, he wrote sixteen novels, six books of non-fiction, and published two collections of short stories, in addition to more than 200 uncollected short stories. Howard was honored with the Edgar Allan Poe award for best short story of 1981 from the Mystery Writers of America. In 2009, Howard won the Edward D. Hoch Memorial Golden Derringer Award for Lifetime Achievement from the Short Fiction Mystery Society.​