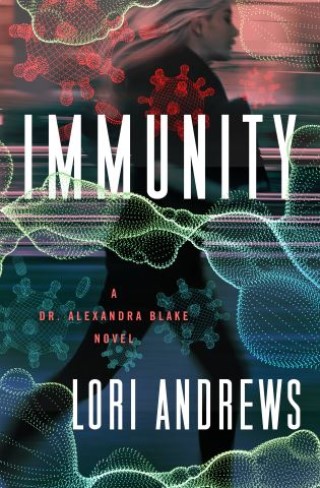 Dr. Alex Blake traces the rise of a deadly new pandemic in a thriller “as timely as today’s headlines” from the author of The Silent Assassin (SeattlePI.com).

While working on the gene sequence of a tropical disease at the Armed Forces Institute of Pathology, Dr. Alexandra Blake gets drawn into a medical mystery. The sudden death of an undercover DEA agent during a stakeout in New Mexico is seemingly the result of a cocaine overdose. But to Alex the agent’s horrific symptoms look more like an allergic reaction. Within hours, Alex discovers similar cases and begins to fear the worse: a new epidemic is spreading across the southwestern United States.

As Alex fights to have her suspicions taken seriously, the body count rises and fear and panic take hold. While the virus turns a person’s own immune system against itself, a turbulent political landscape has Americans turning against one another. With the help of a reckless DEA agent and a cutting-edge supercomputer, Alex must discover the origin of the outbreak—be it in nature or the mind of a madman . . .

“The scenario is chilling and the expertise is undeniable.” —Booklist