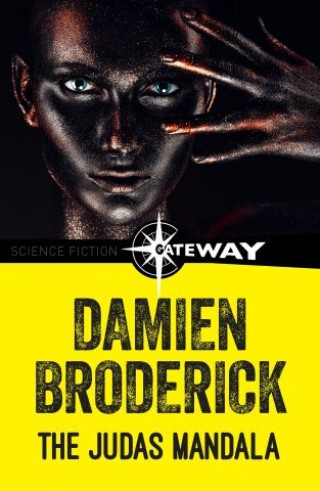 Early in the 21st century, after the Great Recession, poet and young mother Maggie Roche is harassed by a lovely woman, Sriyanie, and a famous neuroscientist, David Elfield. She doesn't know it yet, but she is about to become history's first time traveler. When agents from the far future attempt to kill her, in baffled fury she slingshots herself into the 7th millennium. Instantly she's on the run from the Ull Lords and their virtual reality devotees. These superbeings are cyborged humans constructed to live forever, with the ambition to rule the universe.

Maggie is having none of this. Encountering an earlier version of Sriyanie, her fated future role in the formation of the multiverse falls upon her shoulder like a thunderous lightningbolt. A Being at the end of time she calls the Something wages endless war with its foes, the Ull Lords. Torn from her beloved child and her own time, Maggie must choose whether to accept this alienating path into an alternative cosmic history fit for a poet and a free woman.